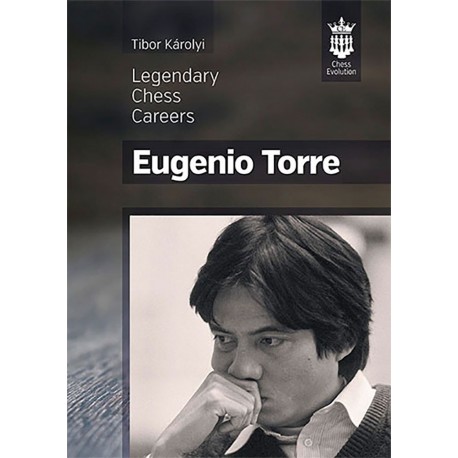 My interview with Eugenio took place roughly a decade ago in Manila. The original idea was to make a book of interviews with former world class players who made it to the world championship candidates matches. Unlike present day top players they can talk much more freely about their secrets and approaches to chess. Also, the achievements of the world champions are well known, but less is known about the achievements of players who were just a bit below that level, although on their day, they were able to beat anybody. However, the original idea never materialised. Grandmaster Csaba Balogh came up with the idea to make separate books of these interviews as he thought there was enough rich material in each interview for a whole book. I am grateful to him for this. The fi rst two books of the series were on Timman and Portisch. Fortunately these books were successful. Therefore Chess Evolution decided to publish some more. Dear reader, in this book fi rst you can read the original interview with Torre. As it is a whole book on Torre I feel lucky to be able to provide more material, so I happily analysed some more superb games from the Filipino grandmaster. He was kind to answer more questions, so that a second, smaller interview can be found in this book as well.

I would like express my gratitude to many people who helped with this book. First the strong players who know Torre very well and wrote appraisals on their contemporary. Niall Murphy, Dave Path and Nick Aplin helped me with the English in the interviews. Several people helped in parts: Jeslin Tay, Dennis Monokroussos, William Paschall, Sylvester Urban, Sagar Shah, Mark Lyell and Dave Kennedy. I received some pictures from Kristianus Liem. Of course the biggest thanks go to Torre himself who was kind to give the interviews. I hope the quality of the book will please him.

The way I selected games for the second part of this book changed a bit. I chose games in which he beat world champions. These victories illustrate how strong Torre was, but they will serve at least two more purposes: they will entertain you and one can learn a lot from them.

Dear reader, at the end of the book I show you a few positions from games Torre found worthy to share.

International Master Tibor Károlyi was Hungarian Champion in 1984 and is renowned as an author and trainer. He won the Guardian Book of the Year prize in 2007 and coached Peter Leko until he became a world class grandmatser.

In this book, the author drives you through the very rich chess career of Eugenio Torre while interviewing him. This unique concept makes the book easy to read and gives the reader some inside information about what is happening also off the board, things you normally don`t get to know about.

"Torre was capable of making it to the top for sometime, he had the indigrents of a good player, but again, he chose to stay in Baguio instead of Europe. We all know in the Philippines that if he was born in Soviet Union then that would have made the big difference."

As a trainer with more than 35 years` experience at the highest level, I know just how important chess education is - and this is not only dedicated to openings, or calculation, but also our chess history - to respect our great predecessors and to understand how chess developed into the game that we all enjoy today.