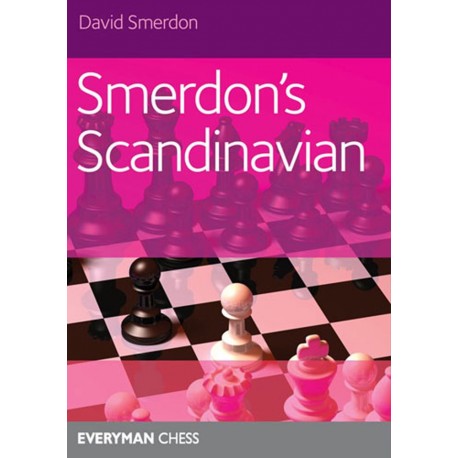 Grandmaster David Smerdon plays the Scandinavian, but not in the typically solid style of this popular opening.

He gives the Scandinavian a welcome twist by using it as an all-out attacking weapon!

The repertoire he presents in this book is an enhanced version of the one he has successfully employed at grandmaster level over many years.

The backbone of his repertoire in the main lines is provided by the razor-sharp Portuguese and Icelandic gambits, while Smerdon also gives answers for Black against White’s other options.

Smerdon examines the most important games, presents cutting-edge theory and shares all his discoveries with the reader.

This book tells you everything you need to know about successfully playing Smerdon’s Scandinavian.

David Smerdon is a Grandmaster from Australia. He has represented his country at six chess Olympiads, and played board one for the Australian team at the 2012 and 2014 Olympiads. In 2009 he won the Oceania Zonal Championship and qualified for the World Cup. He’s a regular contributor to the popular chess openings website ChessPublishing.com.