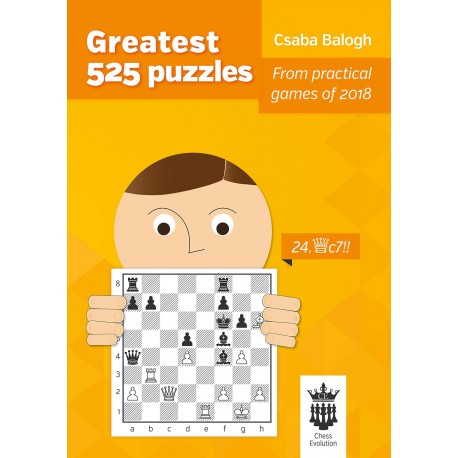 This book is the continuation of the successful puzzle-book series, which started with the “Greatest 365 Puzzles” and “Greatest 501 Puzzles” from 2012. It was followed by „Tactics, Tactics, Tactics!” Volumes 3 and 4 which covered the best practical puzzles of 2013-2015 and the next ones of the series were the "Greatest 551 Puzzles" and the Greatest 550 puzzles" with the combinations of 2016 and 2017.

The new book contains 525 puzzles divided into 3 chapters. You will find a huge range of tactical ideas that you can use in your own games! All the puzzles have been collected from practical games throughout 2018.