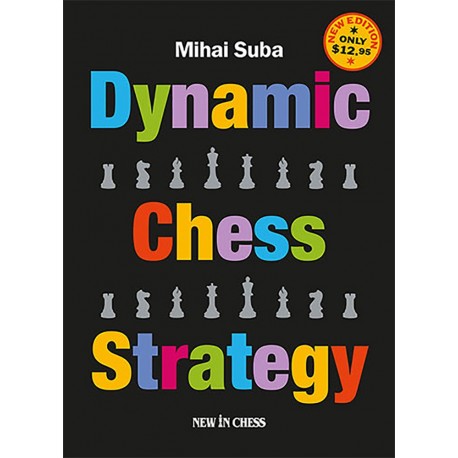 New and Extended Edition of a Modern Classic

In the battle of chess ideas, the publication in 1991 of Dynamic Chess Strategy was a defining moment. Before Mihai Suba's exceptional book, chess writers had neglected one of the most important factors of a chess position: its dynamic potential.

Suba demonstrated that the traditional concept of Improving the position was often static and irrelevant, and that classical strategy, if applied dogmatically, can prevent you from finding the right plan and its subsequent moves.

Dynamic Chess Strategy won the 1991 British Chess Federation Book of the Year Award and was hailed as an instant modern classic. Sadly, its influence and reputation were far bigger than its actual readership, as after the first and only edition sold out it rapidly became virtually impossible to find a copy.

Now, almost twenty years on, grandmaster Mihai Suba, a former Romanian champion and Senior World Chess Champion, has updated his groundbreaking work and extended it with even more entertaining and witty lessons. The result is a thought-provoking and yet practical guide on chess strategy!