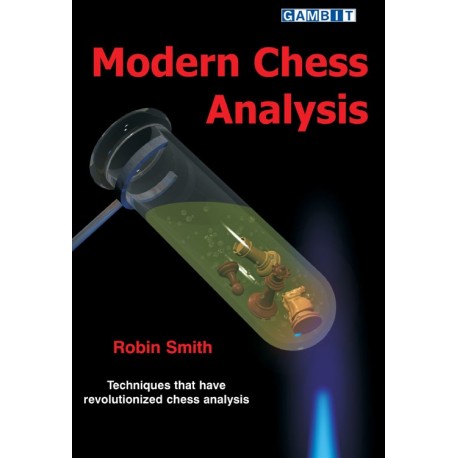 Chess analysis is nearly as old as the game itself, with many of the pioneering works by the giants of chess history being devoted to the analysis of positions, openings and endings. Personal computers and powerful chess software are having a profound effect on chess analysis and theory - most grandmasters use them extensively. However, this book does far more than explain methods for computer-assisted analysis. Readers will develop a deeper understanding of the strengths and limitations of the human mind, and a greater understanding of many areas of chess while working through the examples that Robin Smith presents. The many topics in this wide-ranging book include: Schematic thinking; Dynamic play vs. quiet manoeuvring; Fortresses; King Hunts and 'King Drift'; The Problem of Exchanging; Interactive Analysis.

Ian Rogers, CANBERRA TIMES In recent years, the flow of quality chess books has become a flood, with British publishers Gambit being particularly successful at producing worthwhile titles from little known authors. 2004 did not produce an instant classic such as Dvoretsky's Endgame Manual in 2003 but the general level was higher than ever, with even nondescript titles such as 365 Ways to Checkmate (Gallagher) and Improve Your Attacking Chess (Williams) turning out to contain original angles on well-worn genres. Gary Kasparov's third and fourth volumes of his My Great Predecessors series were the year's best-sellers but the prestigious BCF Book of the Year award went to Pal Benko's autobiography. My personal favourite for 2004 was Modern Chess Analysis by Robin Smith: a remarkable guide to using chess software to optimum effect. The subject matter seemed to be so dry and technical that I was reluctant to read past the introduction. However, within a few pages I was hooked. Despite being a chess professional who uses chess software almost every day to analyse and prepare for games, I learned numerous new techniques from Smith's book. Smith is a correspondence player who has apparently endless time to test examples on all the major chess programs and by astute use of these programs he convincingly unravels some positions which had been assumed to be invulnerable to computer analysis. Keen to discover whether Smith's insights were new or would be common knowledge to the computer programming community, I passed the book on to an artificial intelligence expert, Rodney Topor from Brisbane's Griffith University. Fortunately Topor was also impressed, commenting, "Smith's descriptions of chess programs is very accurate and I was interested to learn how much difference there is between them."