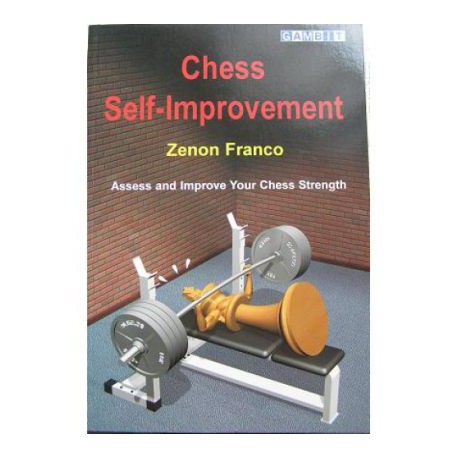 Zenon Franco guides readers through 50 top-level games, challenges them to guess key moves correctly, and poses questions at critical moments. Points are awarded for good answers, and at the end of each game, a score-chart rates the reader's performance. This material has never appeared in the English language before, and represents the pick of monthly articles that Franco has written for a quarter of a century in Spanish-language magazines, revised and rechecked for this book.

Zenon Franco is a grandmaster from Paraguay who now lives in Spain. He is an experienced chess trainer, his most notable pupil being Paco Vallejo, now one of the world's top grandmasters, whom he taught from 1995 to 1999.

"'Feast of chess' is probably a hackneyed phrase in chess book reviews but there is hardly a better way to describe this book." - Phil Hughes, Chess Post

"... I found these games just as enjoyable as they were challenging. They stretched my powers without breaking them, and I have already learned a lot - about the game, and about how to study the game. As they say on the NASCAR circuit, this book has a high top end. Put on your seat belts and enjoy the ride!" - Derek Grimmell