The new Komodo Dragon 3 engine has gained 100 Elo points in playing strength over its predecessor when using a processor core in blitz. That's a huge improvement for a program that already reached at an Elo level of over 3500!

The gain is even greater (120 to 130 Elo points) for unbalanced openings, e.g. rare variations or gambits. On multiple cores or longer time controls the Elo gain can be somewhat smaller, due to the higher draw range

The absolute gain in playing strength also offers real practical advantages: Komodo Dragon 3 takes only about a quarter of the time to play or analyze at the same level as Dragon 2! Or it plays better chess in the same time on a single core than its predecessor did on four cores. The large Elo increase is due to a new net structure for NNUE with a corresponding new net, as well as various optimizations and improvements in the search.

One for all: Playing strength freely selectable between Elo 1 and 3500

The previous playing level scheme model has been replaced in Komodo Dragon 3 with arbitrarily adjustable Elo strength settings from 1 to a maximum of 3500. The Elo values refer to human play in rapid chess and are can be used to ensure balanced games. With reduced playing strength the engine makes the kind of mistakes that are to be expected from humans with rating level that is set. The Elo settings of Komodo Dragon 3 have been tested and tuned against many human players, of various playing strengths. It was optimized in the GM level in many rapid chess games against GM Alex Lenderman, who is part of the Komodo development team. 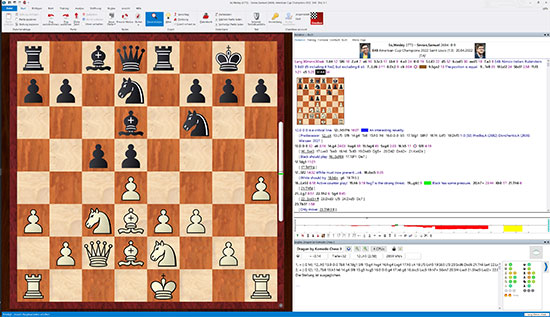