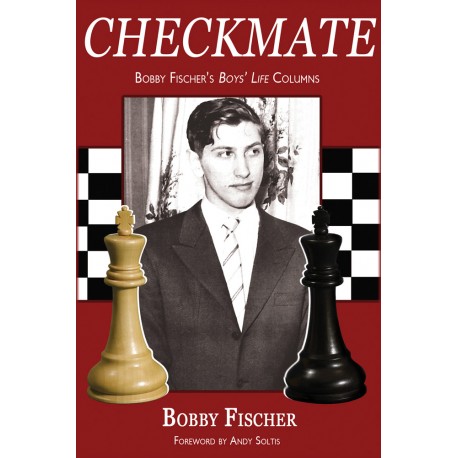 From December 1966 until January 1970, Bobby Fischer wrote a chess column for Boys’ Life, the official magazine of the Boy Scouts of America.

Now, for the first time, all of these columns have been collected in one volume. It is an eclectic mix, a fascinating look at Fischer’s writing and thinking as he reached his prime, maturing into the strongest player in the world.

In these columns, he answers many readers’ questions – from basic to sophisticated. His answers provide a unique glimpse into Fischer’s thinking at the chessboard. The time period covered in these columns was one of the most critical in Fischer’s career.

It was during this time period that his opus magnum, My Sixty Memorable Games, was released. And as player, he grew from one of a few super-grandmasters to the best player in the world. The only thing missing was an actual title match. That of course would soon come.

These columns are a diverse collection of tips for players, comments on playing, annotated games and casual observations. The games and annotations are presented in modern English algebraic notation.

Andy Soltis, foreword:
“You read [Fischer’s Boys’ Life columns] to see what was going on in that remarkable mind. As quirky as Checkmate was, these columns tell us a lot."

Sean Marsh, CHESS Magazine (UK):
"Will be of interest to much more than just the historian. Indeed, Fischer frequently addressed readers' queries and supplied a wealth of tips that will be of much use to players of all levels."