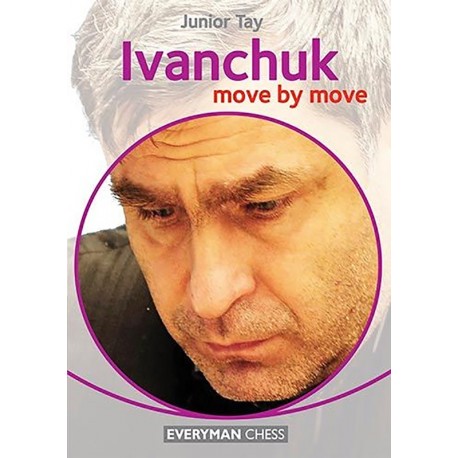 Vassily Ivanchuk has been one of the World's leading chess players for over two decades.

He announced his arrival as a 21-year-old when he defeated Garry Kasparov on the way to winning the Linares Super-Grandmaster event.

In a distinguished career he has won countless elite tournaments and was a FIDE World Championship finalist.

Ivanchuk is considered by many contemporaries to be a chess genius, and he has acquired a huge fan base that delights in his enterprising and creative play.

His original style has helped to create games full of brilliant attacking chess and masterful strategy.

In this book, Junior Tay invites you to join him in a study of his favourite Ivanchuk games, and shows us how we can all improve by learning from Ivanchuk's masterpieces.

Move by Move provides an ideal platform to study chess. By continually challenging the reader to answer probing questions throughout the book, the Move by Move format greatly encourages the learning and practising of vital skills just as much as the traditional assimilation of knowledge.

Carefully selected questions and answers are designed to keep you actively involved and allow you to monitor your progress as you learn. This is an excellent way to improve your chess skills and knowledge.

Junior Tay is a FIDE Candidate Master and an ICCF Senior International Master. He's a former Singapore Rapidplay Chess Champion and has represented Singapore in numerous international events, including the Asian Team Championship.